Oh, The Wonders of Words!

'A word is not a crystal, transparent and unchanged, it is the skin of a living thought and may vary greatly in color and content according to the circumstances and the time in which it is used.'  ~Oliver Wendell Holmes

I just have to share these amazing words that I've found posted over on the wonderful blog, OtherWordly: http://other-wordly.tumblr.com/

The blog sources and defines the meanings of quite obscure and wonderful words.  Some of them have their origins in English or Old English; others come from a wide range of different languages, including Arabic, Japanese and Greek.

Every writer takes an almost perverse pleasure in words (I know I do!) - in what they look like, spell like, sound like, seem like. They have an innate magic that becomes most potent when they come together in meaning and form synchronicity. A poet, as WH Auden remarked, is someone 'in love with language.' And to be truly in love with language is to revel in words. And that's what this site does.

Here are a few examples of what you can find there: (handpickings of the words that struck a chord with me...) 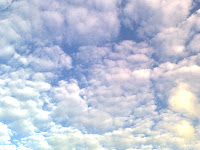 ~Nefelibata: (n.) lit."cloud-walker"; one who lives in the clouds of their own imagination or dreams, or one who does not obey the conventions of society, literarture or art

~Annus Mirabilis (n.) (phr) a remarkable or notable year in history; a year of wonders or miracles used to speak hopefully of the future

~Erlebnisse (n.) the experiences, positive or negative, that we feel most deeply, and through which we truly live; not mere experiences, but Experiences 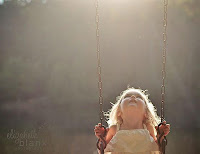 ~Scripturient (adj) having a consuming passion to write

~Eesome (adj) pleasing to the eye

These words are beautiful to behold and bewildering in their meanings! They leap off the page like curling vines, defining and describing that which we thought only half-existing. They make you think about what language is capable of. How many more words we would need in our vocaulary to describe certain states! Certainly some of these I would argue!

Which reminds me of a book I read last year, 'The Lover's Dictionary' by David Levithan. It used the very original and quirky idea of telling a love story via a series of dictionary entries, taking ordinary words and turning them into something else: something personal and relevant to the story, and more than that, something that illuminated the story briefly but succintly. Each page consists of an one word entry,  words such as 'ersatz', 'epithet', 'halycon', 'macabre,' 'paleontology', and 'zenith'.

Let me give you some examples of the words used:

'Yearning, n. and adj. At the core of this desire is the belief that everything can be perfect.'

'Ethereal, adj. You leaned your head into mine, and I leaned my head into yours. Dancing cheek to cheek. Revolving slowly, eyes closed, heartbeat measure, nature's hum. It lasted the length of an old song, and then we stopped, kissed, and my heart stayed there, just like that.'

'Kinetic, adj. Joanna asked me to describe you, and I said, "Kinetic." We were both surprised by this response. Usually, with a date, it was "I don't know...cool" or "Not that bad" or, at the highest level of excitement, "Maybe it will work out." But there was something about you that made me think of sparks and motion. I still see that now. Less when we're alone. More when we're with other people. When yoou're surrounded by life. Reaching out to it, gathering energy.'

The result is a highly endearing and interesting tapestry of words that reveals much about the story and the characters, but also, about the many different meanings of words, their applicability and relevance, and ability to create clever, sublime and devastating effects. As Levithan notes under one entry in the book, 'maybe language is kind, giving us these double meanings. Maybe it's trying to teach us a lesson, that we can always be two things at once.'

Which got me to thinking of the capabilities of language in general. Jack Gilbert the poet (recently deceased), also spoke of how much language is capable of, while at the same time, being inevitably limited - 'How astonishing it is that language can almost mean, and frightening that it does not quite.' And I suppose that is true. (See poem below.) Just recently I read about a linguist who created his own unique language because the others he knew simply did not suffice in explaining everything as clearly as it could be. (Read it here: Utopian for Beginners)

Language is both allowing and disallowing; a means of expression and repression.  A fascinating contradiction. One, that to us writers, offers both a canvas and a challenge. (And a plethora of words to be invented and reinvented). And therein, lies the attraction. 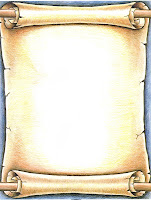 The Forgotten Dialect of the Heart - Jack Gilbert

How astonishing it is that language can almost mean,
and frightening that it does not quite. Love, we say,
God, we say, Rome and Michiko, we write, and the words
get it all wrong. We say bread and it means according
to which nation. French has no word for home,
and we have no word for strict pleasure. A people
in northern India is dying out because their ancient
tongue has no words for endearment. I dream of lost
vocabularies that might express some of what
we no longer can. Maybe the Etruscan texts would
finally explain why the couples on their tombs
are smiling. And maybe not. When the thousands
of mysterious Sumerian tablets were translated,
they seemed to be business records. But what if they
are poems or psalms? My joy is the same as twelve
Ethiopian goats standing silent in the morning light.
O Lord, thou art slabs of salt and ingots of copper,
as grand as ripe barley lithe under the wind's labor.
Her breasts are six white oxen loaded with bolts
of long-fibered Egyptian cotton. My love is a hundred
pitchers of honey. Shiploads of thuya are what
my body wants to say to your body. Giraffes are this
desire in the dark. Perhaps the spiral Minoan script
is not laguage but a map. What we feel most has
no name but amber, archers, cinnamon, horses, and birds.