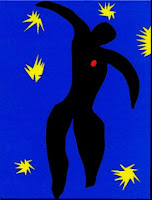 
There are many volatile destructive emotions at play in our world - cruelty, hatred, jealousy, suspicion, betrayal, rage... The list is endless. But if there's one I hate above all others, it's indifference.

Or is indifference even an emotion? Seems more like an absence of any to me. Apathy. Non-entity. Blankness.

I'm always reminded of the WH Auden poem 'Museé des Beaux Arts' when I think of indifference.  Auden uses Breughel's painting 'The Fall of Icarus' as subject-matter in the poem: the eager, enthusiastic young man who was so ambitious he flew to the sun with man-made wings, falling into the Aegean sea and drowning, in this poem going unnoticed by anyone around: "and the expensive delicate ship that must have seen /something amazing, a boy falling out of the sky,/had somewhere to get to and sailed calmly on."  I know the poem is mainly to do with tragedy and how the world does not stop for it, but it reminds me of indifference too. Nobody noticed the spectacle of Icarus in the sky, or falling, or nobody cared. In my opinion, the Icarus story itself is more to do with battling indifference than high-flying ambition.

We all come up against indifference at some stage or other in our lives, but I'm wondering how much does the average writer endure? I've had a lot of experience with indifference. And in my opinion, it is to a writer what a stun-gun is to a running man.

I try not to tell people anymore that I write. I prefer to keep it a secret, like Clark Kent. The people who know that I write regard it as a mere footnote. An interest, a whim.  At best. Most of them disregard it.  But to writers, writing is more akin to breathing than anything else. and not light entertainment. ('Come to it any way but lightly. I repeat - you must not come lightly to the blank page' - wise words of caution from Stephen King confirm this.) Writing is not a light-hearted pursuit to be picked up as a pastime when there's nothing better to do. Writing is an all-consuming passion. For serious writers, it is their whole lives. The page is not their dalliance, but their deity.

And so when I'm met with indifference, it stunts me, it really does. It is said that hate is not the opposite to love, that indifference is. To not feel anything, to not give a damn, to not have any interest. To feel like your words don't matter, don't make an impression...this must be the greatest insult a writer could ever be wounded by.

Countless times I've given people material to read and never got a reply, never got any comment, any reaction. Did that hurt? Hell yeah. Far more than any scathing criticism  would, because at least criticism shows some sort of reaction, some sort of impression made. To say nothing nullifies a piece to nothing. An existential Nada. And I just don't get it. How can someone read something, that has been written from scratch by another person, heart and soul and blood and sweat poured into it, and not utter a single word of response? How does it not matter? They could at least say it was boring, it rambled on, it's too vague....anything would be better than blankness!
The usual reaction I get when I tell people I want to be a writer is not 'Oh sure isn't that a pastime not a career?' or 'wise up!' or any of the obvious negative comments,  or even, a pleasant 'oh you mean you want to be a journalist?' It's more of a raising of the eyebrows, a shrug or hunch of the shoulders, a slight grimace of silence and then a quick change of subject. And that's it!!! What ...and why.... and huh??? Are writers unmentionables now? Or are they unheard of in certain circles?  It was like I hadn't said anything. It was so off the radar that it wasn't on any level of reception. It didn't matter. Is it because people think it's a nigh-impossible career choice? Or think it's a phase or fantasy? Or maybe it's just another twisted form of begrudgery, something this country excels at? Tear everyone who dreams of flying to the sun and stars down. I'm dumbfounded, I really am.

But I suppose a challenge of the job is to make it head and shoulders above the silence of anonymity. But writing is not like any other career, (with the exception of Art of course.) It it so entwined with one's own personality as to be inseparable. EE Cummings once remarked: 'The question  'who am I?' is answered by what I write. I become my writing.' First and foremost, writing is an expression of the Self. So it's going to hurt when people ignore anything you produce as it's really a knock-on swing on your personality too. If you put your whole soul into writing and it doesn't even muster up as much as a two-word reply, then I just don't know!

Or maybe this is just my experience, coming up blank on the majority of all public exhibiting. There have been exceptions of course, but not that many as to debunk my theory. Maybe I'm just hankering back to the days of copybooks and gold star rewards...Writing is a lonely occupation, I get that. But a silent one? I thought writing was a war on silence? I thought words were supposed to incite reaction, rage even, at the right temperature, and someday, golden stars of admiration and appreciation? Any writing that has come by me has certainly never been sent back again blank. I've always made comments, even on the pieces I didn't like. Give me a signed and solid rejection slip any day rather than a mute-mouth!

Apologies if I've entered rant territory, but this is something I feel I need to get off my chest. Set it out there so my load of writing insecurities is lightened, if only slightly. I won't stop writing because of it, hell no. But sometimes it does feel like I'm banging my head against a brick wall -  or cemented path, or dark void... But like Icarus, I want to fly amongst the stars! Regardless of who sees me, notices, cares, or not.

If there's anyone out there in the ether reading and feels the same way, I'd love to hear from  you on the subject. Have you experienced indifference as part of your writing life? Or can you dissuade me otherwise? Drop me a line! Your comments would be as treasured as those gold stars.

PS. (And if I can't declare my writer status, here's a wonderful declaration from  a poet who certainly can: Pablo Neruda on his

And it was at that age ... Poetry arrived
in search of me. I don't know, I don't know where
it came from, from winter or a river.
I don't know how or when,
no they were not voices, they were not
words, nor silence,
but from a street I was summoned,
from the branches of night,
abruptly from the others,
among violent fires
or returning alone,
there I was without a face
and it touched me.

I did not know what to say, my mouth
had no way
with names,
my eyes were blind,
and something kicked in my soul,
fever or forgotten wings,
and I made my own way,
deciphering
that fire,
and I wrote the first, faint line,
faint, without substance, pure
nonsense,
pure wisdom
of someone who knows nothing,
and suddenly I saw
the heavens
unfastened
and open,
planets,
palpitating plantations,
the darkness perforated,
riddled
with arrows, fire and flowers,
the overpowering night, the universe.

And I, tiny being,
drunk with the great starry
void,
likeness, image of
mystery,
felt myself a pure part
of the abyss,
I wheeled with the stars,
my heart broke loose with the wind.