A truth universally acknowledged about poetry is that we go to it in bad times, more than good times.

Why? Because it provides comfort. It says the things that lodge in our throats, it expresses what is often unexpressable and so frees us, to an extent.

Today I was so touched to see that most #NaPoWriMo participants had ignored the day 16 prompt and wrote instead about the tragic events in Boston yesterday. As a participant myself, I couldn't but. And as poets, who first and foremost 'feel' things, it's our prerogative to put into words something which expresses what the collective 'we' are all feeling.

Once again proving that poetry is relevant, but above that - necessary. Necessary to understand hurt, and to try to move beyond it.

My fellow poets, I salute you.


Here are links to some of the poems today:

and my own offering:

At times of natural disasters
and unnatural acts of violence

something inside us explodes, the seam
ripped from the ordinary of life.

We watch and re-watch the footage
hanging on the horror, the death-masks,

like those thrill-seekers that chase twisters
and sharks and flatlining heartbeats,

walk the high-wire between life and death
just to know what alive is;

to the frozen seas, huge hinge of hurt
a reminder that the line we are on still holds.

But more than that -to see people
hurt, aggrieved, afraid,  help out, run to

the scene of tragedy rather than flee;
there it is amidst all the flat reportage facts –

the red heart of humanity pumping away. 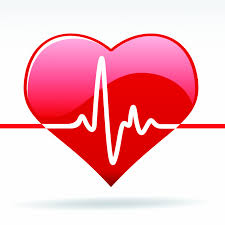