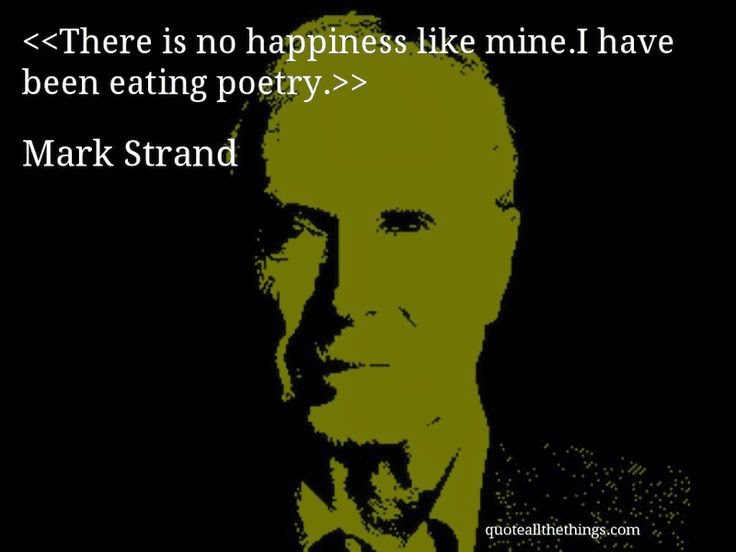 I was so saddened to hear of the death of Mark Strand yesterday. Every time a poet dies, I think all fellow poets, including aspiring ones, and even ardent poetry lovers, feel the loss keenly; almost as that of a comrade, a mentor, an inspiration, a kindred spirit. We are all part of the 'connection',  as Strand called it, that poetry creates.

Mark Strand was a Canadian-born American poet and writer. He was the American Poet Laureate in 1990 and the following year won the Pulitzer Prize for Poetry for his collection 'Blizzard of One.' As well as a poet, Strand was a great writer too. Very interested in art (he studied it at Yale), he published two monographs on the artists Edward Hopper and William Bailey. He wrote prose too, as well as translating works. He has held teaching positions at many prestigious universities including Princeton and Columbia University.

I first came across Mark Strand when I read 'Eating Poetry', his felicitous ode to the craft. But it was 'Lines in Winter', a beautiful meditative lyric on the season that truly enchanted me. Here was the most simple language, but with a stunning effect. As he said himself of his style: "My preference has always been for simple, declarative sentences, simple words." I bought his 'New and Selected Poems' last year in winter and found it the most perfect accompaniment to the season: white and bright reflections on life, on loss, on absence, and a lot on death.

Strand was often accused by critics of writing poetry that was overtly 'dark' but he  replied to these ripostes, saying that no, he thought it was infact "evenly lit". If ever there was a poet, or even a person, prepared for death, it would surely be him. So many of his poems reflect on death as a great unknown, a riddle-some mystery that he pries into, wondering, questioning, debunking and believing. Some of these meditations end in defeat, some in elated hope.  Strand was an atheist, but there's an innate belief in the power of art and the nature of the human soul running through his work that shines light upon it. There's not so much a fear of death as an acceptance of its mystery, regret for life that has passed, but also a reveling in it, a wondrous faith in its workings.  He put it best when he said: "It’s (death) inevitable. I feel myself inching towards it. So there it is in my poems. And sometimes people will think of me as a kind of gloomy guy. But I don’t think of myself as gloomy at all. I say ha ha to death all the time in my poems... The thing to rejoice in is the fact that one had the good fortune to be born. The odds against being born are astronomical."

He has a great many things to say on the nature of poetry and quite eloquently. In a brilliant interview with the Paris Review (which you can read in its entirety: here), Strand makes many insightful points about poetry, here of which are a few of my personal highlights:

~ "When I read poetry, I want to feel myself suddenly larger . . . in touch with—or at least close to—what I deem magical, astonishing. I want to experience a kind of wonderment. And when you report back to your own daily world after experiencing the strangeness of a world sort of recombined and reordered in the depths of a poet’s soul, the world looks fresher somehow. Your daily world has been taken out of context. It has the voice of the poet written all over it, for one thing, but it also seems suddenly more alive—not as routinely there."

~ "Poetry is always building these connections. It’s not showing off. It’s the verbalization of the internal life of man. And each poet forges a link in the chain, so that it can go on."

~ "Poetry is a high. It is a thrill. If people were taught to read poetry in the right way, they would find it extremely pleasurable."

~ "I know nothing of the value of my work—all I know is that it’s what I do, and what I love to do."

~ "Well, my identity is hopelessly wrapped up in what I write, and my being a writer. If I stopped writing, I would simply feel the loss of myself. When I don’t write, I don’t feel properly alive. There was a period in my life, for five years, when I didn’t write any poems. They were among the saddest years of my life, perhaps the saddest years."

~ "I think poetry is a fundamental human activity, and must continue. I think the minute we stop writing poetry, or reading it, we cease being human. Now, I can’t be held to that, because there are very wonderful human beings who never read poetry, but I think it’s one of the ways we understand ourselves, and know what it feels like to be alive, so that we don’t turn into machines. It’s complicated, but I think it’s this language, the language of poetry, through which we’re recognizably human."

The impression is of a man very much in touch with his craft and his life, life with a capital L. I must admit I'm very impressed by the honesty of his answers, especially the absence of any airs or graces or worse, erudite vaguenesss. No, he is straight to the point and shows both endearing modesty and noble respect in his position as a poet and his understanding of the craft.

In his poems (*some of which I've posted below), Strand doesn't mince the truth. Sometimes it is stark, and at others, well, it is stunning. Although he talks about death and nothingness, night and dark, he also talks in equal sense, about light and love, being and enjoying.  The poems shimmer with this juxtaposition, just like winter, harsh but beautiful. Something I've often quoted before from Strand relates to this idea exactly: 'pain is filtered in a poem so that it becomes finally, in the end, pleasure.'


And what a pleasure it is to read his poetry which is  contemplative, exact, illuminating and, hopeful. How can a poet who writes lines like: 'The blaze of promise was everywhere',  'Each moment is a place you've never been' and 'that the luckiest thing is having been born' be classified as gloomy? Of course not. More like realistic, unflinching in the face of our greatest fear, reflective and redemptive. 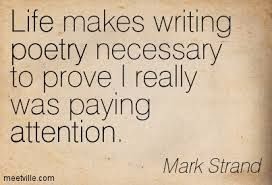 Well, he certainly was paying attention.  And it's in this process of paying attention that
poetry creates something which defies death: a testament of living which lives on. When asked in The Paris Review interview whether he'd like to be read after he is dead, Strand replied that being dead, he wouldn't really care, but 'I mean, I’d really like to be alive after I’m dead. '

He is of course.  As Borges simply put it: 'when writers die, they become books, which is, after all, not too bad an incarnation.'

The Coming of Light

Even this late it happens:
the coming of love, the coming of light.
You wake and the candles are lit as if by themselves,
stars gather, dreams pour into your pillows,
sending up warm bouquets of air.
Even this late the bones of the body shine
and tomorrow's dust flares into breath.

In a field
I am the absence
of field.
This is
always the case.
Wherever I am
I am what is missing.

When I walk
I part the air
and always
the air moves in
to fill the spaces
where my body's been.

We all have reasons
for moving.
I move
to keep things whole. 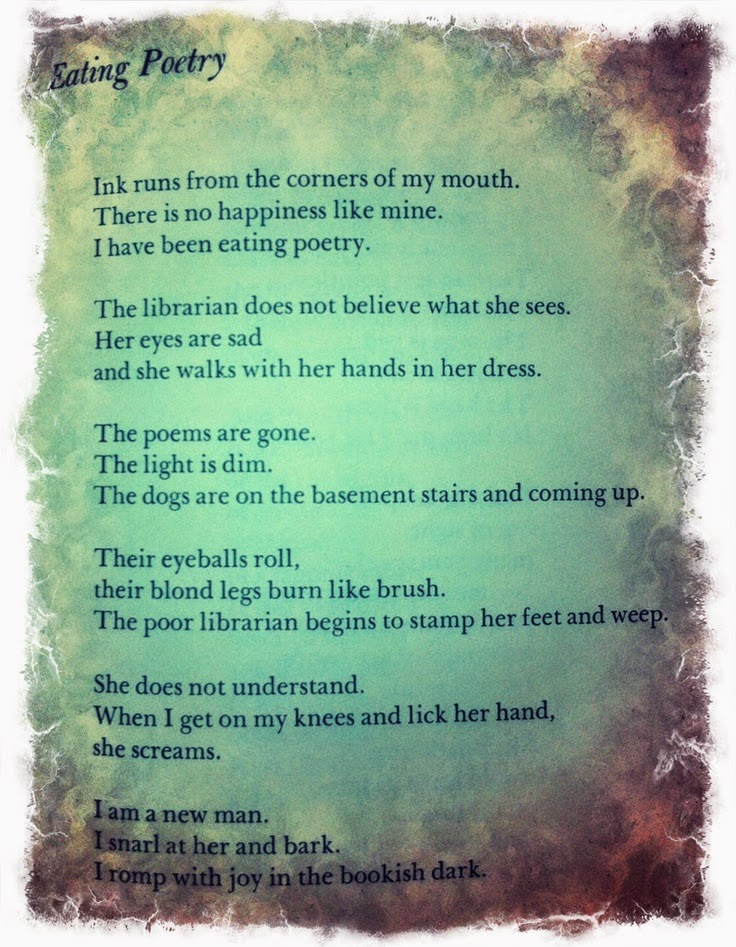