An Ode to Autumn

A month ago I wrote about how hard it was to adapt to the seasonal shift. Now, well on our way into autumn, I am adjusting.


Even though my favourite season is spring, I have made a pledge to myself to see the beauty in the other seasons too. Especially autumn. Hence this post. As Keats says in perhaps the most famous of all autumn poems, 'To Autumn',  'Where are the songs of Spring? Ay, where are they?/Think not of them, thou hast thy music too,' - I am thinking not of the songs of spring,  but instead, trying to appreciate autumn's music. (*Read the poem below)

So, under the influence of writers and poets galore (autumn is a grand muse for so many of them, as Jane Austen says - 'that season which has drawn from every poet, worthy of being read, some attempt at description, or some lines of feeling') and other bloggers too, I've ordered myself to pay attention to the season instead of hiding away from it. So I've been watching closely the past few weeks the trees changing colour, the leaves falling and fading, the palette of nature ripening to a rich Renaissance colour scheme.

And I must admit, Autumn of 2013 is winning me over with all its bright sunshine and brilliant colours so far.  Here's the proof:
(*Now I don't claim to be a photographer, but when I see a nice image, I capture it! On a pretty average camera by a pretty amateur hand. But look, no effects needed, nature has already photo-shopped the landscape!) - 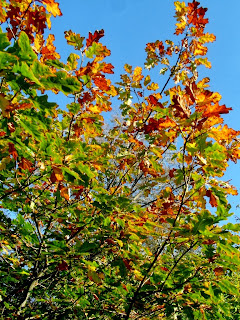 Autumn is the eternal corrective. It is ripeness and color and a time of maturity; but it is also breadth, and depth, and distance.  ~ Hal Borland 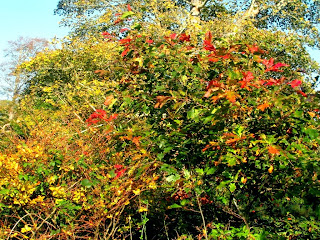 Autumn is the mellower season, and what we lose in flowers we more than gain in fruits.  ~Samuel Butler 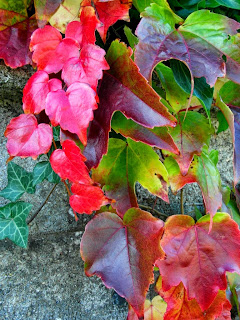 Autumn is a second spring when every leaf is a flower. ~Albert Camus

In autumn, don't go to jewelers to see gold; go to the parks! ~Mehmet Murat ildan 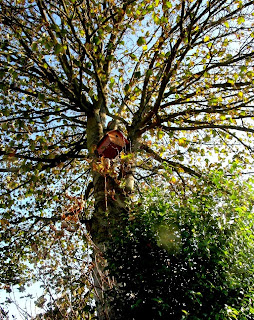 'There is a harmony
In autumn, and a luster in its sky...'
~Percy Bysshe Shelley 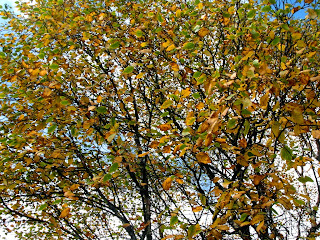 Over everything connected with autumn there lingers some golden spell—some unseen influence that penetrates the soul with its mysterious power. ~Northern Advocate 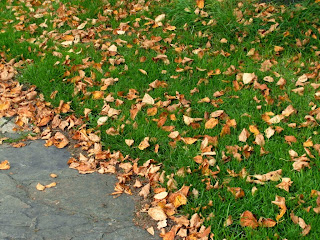 'Every leaf speaks bliss to me,
Fluttering from the autumn tree...'
~ Emily Brontë 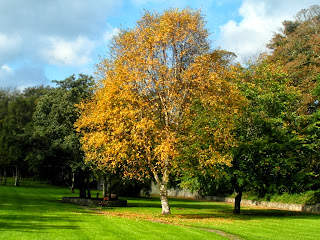 So many writers there singing the praises of the season. Enough to sway you to the season isn't it? Look what George Eliot has to say:
'Is not this a true autumn day? Just the still melancholy that I love — that makes life and nature harmonize. The birds are consulting about their migrations, the trees are putting on the hectic or the pallid hues of decay, and begin to strew the ground, that one's very footsteps may not disturb the repose of earth and air, while they give us a scent that is a pefect anodyne to the restless spirit. Delicious autumn! My very soul is wedded to it, and if I were a bird I would fly about the earth seeking the successive autumns.'

Well, at least, they make you appreciate it. I'll never be an autumn aficionado, but I've learned to appreciate it, admire it even, through both the lens of these musings and that of the camera.

And I like the idea of the seasons corresponding to human states; Keats says in his 'Human Seasons' poem that autumn lends us 'Havens of repose'. A chance to pause and reflect after the exuberance of summer, before moving on to the hardship of winter, the promise of spring. A necessary season, in other words. Perfect time to take account of things. Not mere decay, but the essential beginnings of growth, the clearing away. Wonderful, colourful endings to make for brilliant new beginnings. See, I say to myself, nothing to be sad about. Just a temporary melancholy that makes for real beauty and substance. Perhaps Samuel Butler is right -  'What we lose in flowers, we more than gain in fruit'  in this season of wisdom.

How about you? What are your favourite quotes on autumn? Your favourite things about it?
I'll leave you with the most famous poem on the season by Keats. (If you want to read more autumnal poems, check out my Poem a Day blog where I've been posting lots of seasonal masterpieces.)

Season of mists and mellow fruitfulness!
Close bosom-friend of the maturing sun;
Conspiring with him how to load and bless
With fruit the vines that round the thatch-eaves run;
To bend with apples the mossed cottage-trees,
And fill all fruit with ripeness to the core;
To swell the gourd, and plump the hazel shells
With a sweet kernel; to set budding more,
And still more, later flowers for the bees,
Until they think warm days will never cease,
For Summer has o'erbrimmed their clammy cells.

Who hath not seen thee oft amid thy store?
Sometimes whoever seeks abroad may find
Thee sitting careless on a granary floor,
Thy hair soft-lifted by the winnowing wind;
Or on a half-reaped furrow sound asleep,
Drowsed with the fume of poppies, while thy hook
Spares the next swath and all its twined flowers;
And sometimes like a gleaner thou dost keep
Steady thy laden head across a brook;
Or by a cider-press, with patient look,
Thou watchest the last oozings, hours by hours.

Where are the songs of Spring? Ay, where are they?
Think not of them, thou hast thy music too, -
While barred clouds bloom the soft-dying day
And touch the stubble-plains with rosy hue;
Then in a wailful choir the small gnats mourn
Among the river sallows, borne aloft
Or sinking as the light wind lives or dies;
And full-grown lambs loud bleat from hilly bourn;
Hedge-crickets sing, and now with treble soft
The redbreast whistles from a garden-croft;
And gathering swallows twitter in the skies.