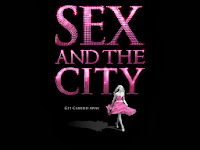 Well I'd like to share with you all my new blog: A Single Gal Talks Back! http://singlegaltalksback.blogspot.ie/

Influenced by Carrie's columns from Sex and the City, it tackles the theme of the singleton stereotype slapped on people who are currently-without-partner. Or as I like to call it 'too fabulous to settle just yet.'

Here's the promo:
*Confessions & Digressions of a Disillusioned Single Gal:  Sick of the pity tag stereotype that goes with being 'single' & the pressure to conform to coupling. Also exploring the many hoop-las of dating. (From a romantic & rebellious & feminist viewpoint. Warning: May contain riotous and/or offensive rants.)*

Important to say - this is not the self-indulgent rantings of a bitter singleton, but rather the realistic presentation of facts as I see them, the observations of human behaviour as interpreted by a sensitive romantic and feisty individual such as myself!

It's a space of speaking out and talking back against the labelling and judging that goes with being single. I am just sick and tired of it! I thought of doing some posts here, but there's just  too much to say! It needs a space all of its own! I also look at relationships in the modern day and how I see them. With a pinch of wit and humour (and maybe offense - but what's anything without controversy?) But mainly, I set out to debunk the myth that love-life status should act as the sole defining force of a life. On the contrary.

So if you're single, or even not, male or female, disillusioned, romantic, realist or cynic, drop on over and have a look and a say if you so feel! I'd love to hear from you and have a bit of solid support in this ever-demanding solo stance I embark on by choice, not lack of choices.
~To speaking out!