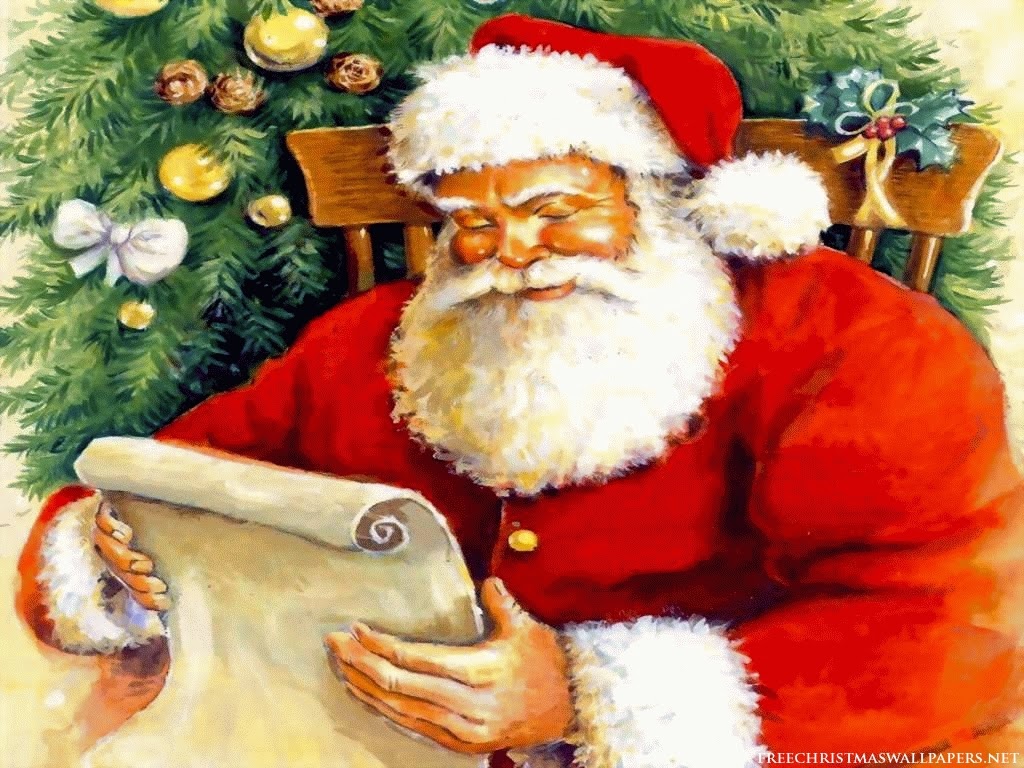 Well it's Christmas Eve! We all have our traditions we uphold on this day - from trimming the turkey to a last-minute shopping dash to midnight mass. One of my time-honoured ones, is indulging in some seasonal reading for a magical effect.

There are certain things I always read on Christmas Eve. Poems of course. Carol Ann Duffy's jolly take on the traditional 'Twas The Night Before Christmas' (in a mini book version I have, gorgeously illustrated by Rob Ryan) is full of Christmas Eve magic. You can read the entire poem here: Another Night Before Christmas
Other must-read poems include first and foremost the magical 'Various Portents', by Alice Oswald, TS Eliot's 'Journey of the Magi', John Betjeman's 'Christmas' and UA Fanthorpe's BC: AD.  (You can read all these poems by clicking on their titles).

Jeanette Winterson posts an annual Christmas-themed short story on her website every Christmas Eve, an event which has become long-anticipated and very special to her fans. Her story from a few years ago, 'The Lion, The Unicorn and Me' (now available as a children's book) is particularly endearing and one of my favourite things to read on Christmas Eve. Check out her website here: http://www.jeanettewinterson.com/new-xmas-story/

Another short story I like to read on Christmas Eve is James Joyce's 'The Dead' with that famous goosebump passage on snow:
''It had begun to snow again. He watched sleepily the flakes, silver and dark, falling obliquely against the lamplight. The time had come for him to set out on his journey westward. Yes, the newspapers were right: snow was general all over Ireland. It was falling on every part of the dark central plain, on the treeless hills, falling softly upon the Bog of Allen and, farther westward, softly falling into the dark mutinous Shannon waves. It was falling, too, upon every part of the lonely churchyard on the hill where Michael Furey lay buried. It lay thickly drifted on the crooked crosses and headstones, on the spears of the little gate, on the barren thorns. His soul swooned slowly as he heard the snow falling faintly through the universe and faintly falling, like the descent of their last end, upon all the living and the dead.”

And lastly of course, there's this timeless classic, the 1897 New York Sun editorial in response to a young girl's query as to whether there is a Santa Claus or not -  Yes Virginia, There Is A Santa Claus, which has become infamous, and rightly so, for its heartwarming endearing content. 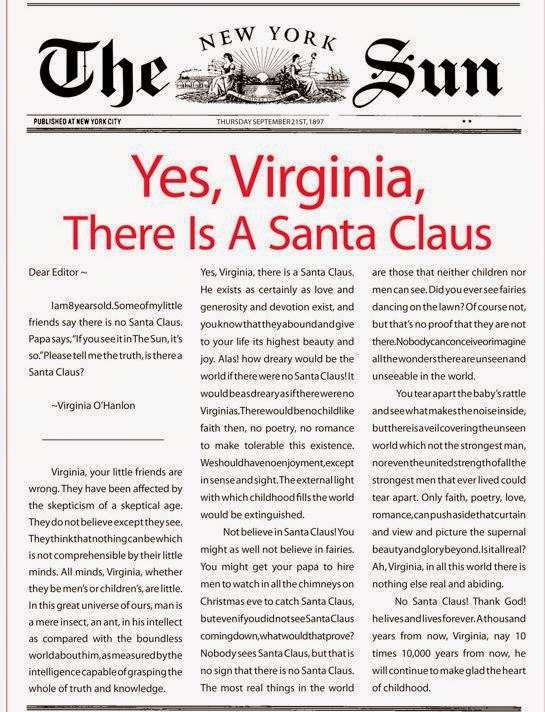