On The Harvest Moon

'The harvest moon has come,
Booming softly through heaven, like a bassoon.
And the earth replies all night, like a deep drum...'
~ Ted Hughes, 'Harvest Moon'

Why? Well because the harvest moon is more often than not the brightest, biggest moon of the year.  Not to mention the most golden in colour. The harvest moon is the moon that will stop you in your step to pronounce an emphatic WOW.

Its metaphorical connotations also, are too heady to ignore. This is the moon that oversees the seasonal shift from summer to autumn, the golden goodbye to summer, the watching reaper of the harvest, the light of letting go. Neil Young's popular song 'Harvest Moon' captures these aspects all so well - the end of a love affair is acknowledged under a harvest moon's light - the regret, the lingering love, as well as the acceptance. Reap and sow, reap and sow - the eternal rhythm of the seasons is captured in this one moon. 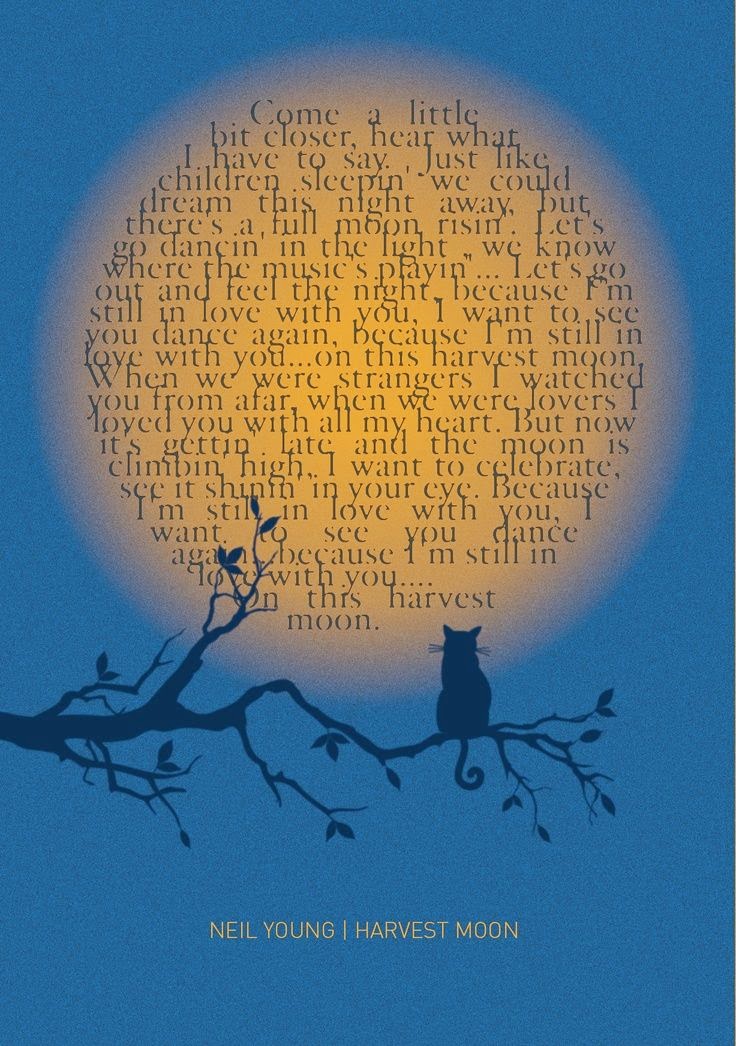 Lots of writers have fallen under the spell of the harvest moon.  Thoreau captures the dual sense of the moon being one of letting go and looking forward here:

'In a mild night when the harvest or hunter's moon shines unobstructedly, the houses in our village, whatever architect they may have had by day, acknowledge only a master. The village street is then as wild as the forest. New and old things are confounded. I know not whether I am sitting on the ruins of a wall, or on the material which is to compose a new one...'

'New and old things are confounded.' The new and the old mix and mingle in a sense of magic of possibility and melancholy of past. The harvest moon is the one that rises at the exact same time as when the sun sets. This is what gives it its orange golden, even sometimes red colour. It embodies both an ending and a beginning.

Longfellow also alludes to this sense of loss and gain in his poem 'Harvest Moon':

It is the Harvest Moon!  On gilded vanes
And roofs of villages, on woodland crests
And their aerial neighborhoods of nests
Deserted, on the curtained window-panes
Of rooms where children sleep, on country lanes
And harvest-fields, its mystic splendor rests!
Gone are the birds that were our summer guests,
With the last sheaves return the laboring wains!
All things are symbols: the external shows
Of Nature have their image in the mind,
As flowers and fruits and falling of the leaves;
The song-birds leave us at the summer's close,
Only the empty nests are left behind,
And pipings of the quail among the sheaves.

Longfellow clearly acknowledges here that 'all things are symbols: the external shows/of Nature have their image in the mind.'  There is a sense of lament at things being 'gone' - the summer and the birds - but also, of things to come, 'the pipings of the quail.'  The tone of loss in the poem is offset by this last line, this curious buoyant sense of new things on the horizon. The harvest moon straddling two seasons, is a symbol, a motif, of the dichotomy of feelings this time of the year arises in us. It is the perfect moon to hang our hopes and regrets on, and as such, especially more meaningful in our consciousness. 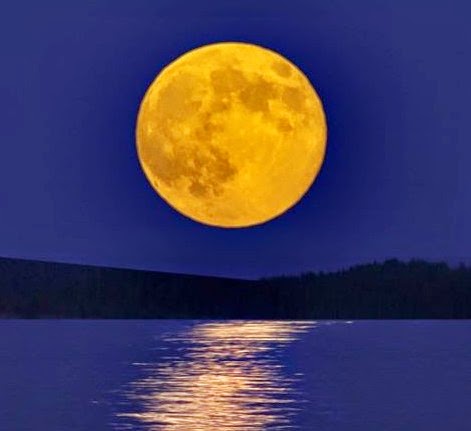 Ted Hughes captures the magnitude of the harvest moon brilliantly in his poem 'The Harvest Moon':

The flame-red moon, the harvest moon,
Rolls along the hills, gently bouncing,
A vast balloon,
Till it takes off, and sinks upward
To lie on the bottom of the sky, like a gold doubloon.
The harvest moon has come,
Booming softly through heaven, like a bassoon.
And the earth replies all night, like a deep drum.

So people can't sleep,
So they go out where elms and oak trees keep
A kneeling vigil, in a religious hush.
The harvest moon has come!

And all the moonlit cows and all the sheep
Stare up at her petrified, while she swells
Filling heaven, as if red hot, and sailing
Closer and closer like the end of the world.

Till the gold fields of stiff wheat
Cry `We are ripe, reap us!' and the rivers
Sweat from the melting hills.

Descriptions of the harvest moon as a 'vast balloon' and 'a gold doubloon' are simple but absolutely precise. I'll never forget the first time I saw a harvest moon rising over the hills. It was as if another planet had sailed by. You know in Star Trek and the sci-fi like where you see many huge otherworldly moons in the sky? Well it was like that. Huge and gold and pulsing, or rather 'booming' would be the more appropriate word as Hughes has it here. I just love that line, all regal and declarative: 'The harvest moon has come, /booming softly through the heavens, like a bassoon. /And the earth replies all night like a deep drum.'  It just sums it up doesn't it? Our response to it is automatic, subconscious, ongoing and answering.

The poem ends with a refrain of the wheat (this is a children's poem by Hughes, but no less for it) - 'We are ripe, reap us!' reminiscent of the whole idea of timing, of things happening in their own time, the natural cycle not just of the seasons but of our emotions too.

The last poem I'll mention is Carl Sandburg's take on the harvest moon. It encapsulates the mystery and magic of the harvest moon like no other. It too has a sense of the seasonal change - in the midst of the summer roses the approaching red of autumn leaves is 'flagrant' and 'lurks in the dusk'. There is even a mention of death in the poem, 'the gray mocker' but it whispers, under the moonlight as a 'beautiful friend.' And the lovely last line is perhaps a definition of what specific kind of magic this moon has to offer:

'Under the Harvest Moon' -

Under the harvest moon,
When the soft silver
Drips shimmering
Over the garden nights,
Death, the gray mocker,
Comes and whispers to you
As a beautiful friend
Who remembers.
Under the summer roses
When the flagrant crimson
Lurks in the dusk
Of the wild red leaves,
Love, with little hands,
Comes and touches you
With a thousand memories,
And asks you
Beautiful, unanswerable questions.

That depends I suppose. Each to their own. But I find myself agreeing with this sentiment. In my experience of the harvest moon, its ability to inspire contemplation on  life, love, time, our place in the universe, yes I think this is true. It's a reflective time of the year, and to reflect is to look back with love, is it not? By the benevolent light of the harvest moon, everything glows warm and gold. 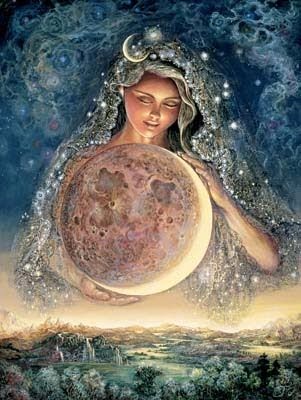 This year's harvest moon is also extra special in that it is a Supermoon, the last of the year's three supermoon. A supermoon is a larger-than-normal-size moon, when the moon appears closer to the earth because of a number of reasons. (You can read about it here: What is a Supermoon?) And here are some amazing photographs of this year's harvest moon from around the globe: The Last Supermoon - The Guardian and Shine on Harvest Moon.