Eat the Paté Then Meet the Duck?: On Meeting Writers


I've never hankered after meet'n'greets with authors. Not like, say in the way I'd want to meet a favourite musician or celebrity. Writers just aren't the same. Musicians are used with meeting and greeting their fans, as for any kind of celebrity, it comes with the job description. But with writers... I don't know. Although they're not all reclusive, they're not the chattiest bunch of people either. Meeting with them can sometimes be...awkward. 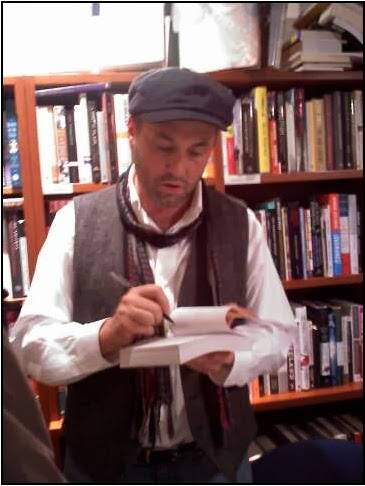 I've met a few writers, one or two at book signings and talks, and others as part of workshops. Not huge famous names, but masters of their trade nonetheless. The most famous of them I suppose would be Irish/American fiction writer Colum McCann (above). He was doing 'an interview' with a journalist in my local setting.
There was about 20 people at it, and come the end, we had the opportunity to meet Colum and have our books signed. Despite being an extremely interesting talker, well-articulated and intellectual, serious but capable of cracking a joke or two as well, the talkative and genteel interviewee seemed a bit tongue-tied when up close and personal with his fans, amicable yes, but a little... awkward. I wouldn't imagine it to be any other way I suppose - a writer's work is an intensely solitary occupation after all. And me,  I have to admit I was a little star-struck, not in the sense of meeting a celebrity but meeting the mere man who put all those great words together, who created another world so grandly and easily. All you really want to ask is : 'How the heck did you do it?!' I was a bit surprised to have him turn all my questions back on me again then - 'Who are your influences? How would you describe your style?' when he surmised that I was a wannabe writer. Well, it was nice to be taken seriously by a serious writer. But unexpected, to say the least!

A while back I met Rita Ann Higgins, a poet from Galway, at a small poetry reading and had my book signed by her. But with no chit-chat. She signed the book and smiled and that was that, and again, seemed a little awkward, like a fish up a tree. Although, while she was reading, she was perfectly at ease. Strange isn't it?

I went to a poetry reading a few months ago of Carol Ann Duffy, the Poet Laureate of the UK, and one of my favourite  poets. I felt like I should have taken a book or two for her to sign, (seemed a sacrilege not to)  but then decided against it. I realised I didn't want to meet her, I just wanted to hear her read her work. That would suffice entirely. Anything else would be like going behind the curtain to see Oz, which only dismantles his (her) great and powerful aura of course. 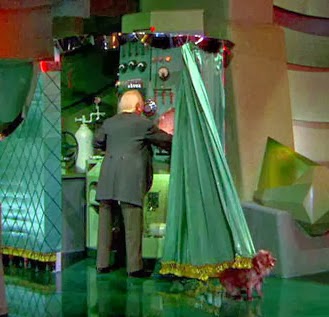 As Margaret Atwood says, 'Wanting to meet an author because you like his/her work is like wanting to meet a duck because you like pâté.' She has a point! There's no correlation really. The writer is the person behind the product of their books, the medium; it's the book, the completed work we adore, not so much the behind-the-scenes writer. It's different with the other arts - musicians for example are more involved with the music - they are the faces of it, the personification. Joyce Carol Oates echoes this sentiment, stating that 'the individual is irrelevant to art.' It's the art, ultimately, that matters.

The workshops were better. The writers are nearer their natural element there. And when you're doing a workshop with them, you're attuned only to their writing skills - not personality, or ability to converse - gleaming wisdom from their every word. There is no need for awkwardness on their parts. And if you can get over the intimidation of revealing your work to them, you might be pleasantly surprised. But once again, when it came to the end and you approached them to sign a book for you, the bashfulness returned. One poet facilitator was all talk in the group, and quiet as a clam then in front of one person. And instead of flogging their books, they would go super shy and modest when it came to mention of them. Of course, every writer is different, but this has been my experience with the ones I've met.

I don't know about you, but I never know what to say to writers, except of course to gush my praises about their work, which only makes their demeanor more demure, suggesting that they aren't solely responsible for it. Of course, I know what they mean, know what they partly owe their success to: the writing genie. The force. The inspiration. That power we tap into on occasion. The alchemy that happens in pen and paper. The real star of the show.

Although it's great to say you've met your favourite writers in real-life, and can show-off your signed book whenever the occasion arises, I'd rather just meet them on the page, in their natural habitat, where they excel. Or read what they have to say about writing, instead of prod it out of them in person. On the page, there is a private dialogue between writer and reader that just can't be equaled in person.

How about you? Do you feel the same?  Any writer meetings ah, worth writing home about?