Spooky Reads: Scary or Not? 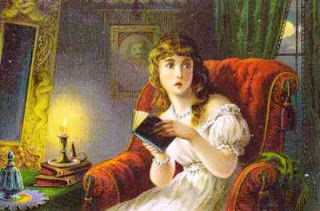 So it's Hallowe'en and every Hallowe'en I try to get in the spooky mood by reading some classics of the horror genre. (Operative word here - try.)


I've been accosted by 'The Best Hallowe'en Reads ' in every newspaper this week, but they're all so.... I don't know, not that scary. (Check them out here)

The scariest book I ever read was when I was around 7 years old. It was a story about vampires that I'd borrowed from the library and I remember getting to a part where a vampire were knocking on a young boy's window (pre-cursor to Let the Right One In, I wonder?) and that was it: spooked. I was so freaked out by the thought of a goblinesque vampire (as they were described in the book) knocking on the window that I heard phantom imaginary knocks on my own bedroom window and so, I flung the book under the bed, where it was never to be seen again until it had to be returned on the due date.

That's the only time a book scared me out of my wits.

As a teenager I had a penchant for the popular Point Horror Scholastic series which didn't really live up to its genre title - they were mostly teen murder mystery stories with human perpetrators rather than any supernatural elements. The paranormal books I did get to then were more para-romance than anything else, with glamorous witches and vampires stuck in forbidden love affairs (a precursor to Twilight..?) I even happened upon Poe's The Tell-Tale Heart and found it riotously entertaining, with all the suspense and drama of a play, but sadly, no fear factor. I even bought a collection of real-life Spine-Tingling Ghost Stories but found all the facts and dates boring.

When I was a bit older I finally got to the master of horror, Stephen King, in the adult section of the library. I can't remember what book it was, but it didn't scare me. I found it slow and pedantic. (Sorry Mr King!) I gave it up then for something more literary and exciting. (But in fairness, I didn't dip into any more of his oeuvre, maybe one day I will).

Then along came Bram Stoker's Dracula in a gothic fiction seminar I did in college. It had the spooky atmosphere - the gothic genre's finest maybe, but I'll admit, I was scared a little - until the critical analysis came along and debunked all the fear into political metaphors and essay ideas. I loved the creepy descriptions of Jonathan Harker's trip to Transylvania to meet with Count Dracula, his strange stage-coach ride through the darkness to Dracula's castle: 'By the roadside were many crosses, and as we swept by, my companions all crossed themselves... Soon we were hemmed in with trees, which in places arched right over the roadway till we passed as through a tunnel; and again great frowning rocks guarded us boldly on either side. Though we were in shelter, we could hear the rising wind, for it moaned and whistled through the rocks, and the branches of the trees crashed together as we swept along.'


His arrival at the castle is spine-tinglingly described - the uncanny howling of the wolves all around (whooo) and 'just then a heavy cloud passes across the face of the moon, so that we were again in darkness... I stood in silence where I was, for I did not know what to do. Of bell or knocker there was no sign; through these frowning walls and dark window openings it was not likely that my voice could penetrate. The time I waited seemed endless, and I felt doubts and fears crowding upon me. What sort of place had I come to, and among what kind of people? What sort of grim adventure was it on which I had embarked?... Just as I had come to this conclusion I heard a heavy step approaching behind the great door, and saw through the chinks the gleam of a coming light. Then there was the sound of rattling chains and the clanking of massive bolts drawn back. A key was turned with the loud grating noise of long disuse, and the great door swung back. '

Oohhh. If you want to know what comes next - Count Dracula himself - read the book! This year the Bram Stoker festival is going on in Dublin to honour the author, rightly so, by all sorts of spooky goings-on. It is the classic gothic horror novel, the one from which all vampires have sprung. And it is authentically spooky. But - not that scary. Interesting and intriguing more than scary. Look at all the allegories that have since been attributed to it - poltical, sexual, cultural, racial, material - goodbye chills, hello literary thrills! And it's the same with most vampire fiction. (You can read my previous blog all about the metaphorical uses of vampires here:  Vampires 101)

Nope, I think film has a superior advantage in providing scares over books. You can always close a book, but with a film, there's no looking away, no cloud of words to disguise graphic images, no escaping the grotesque mangled corspse on a big screen in front of you, whereas in a book, underlying meaning always eclipses the momentary grisly imagery.

Maybe it's because every 'horror' fiction is at its core, a commentary on reality and this is more easy to see in text rather than on film where we are distracted by all sorts of effects. Stephen King even admitted that most of his stories are based on his own real life troubles. Drug-taking is at the heart of The Tommyknockers and many more of his novels, including Misery - how something or someone can take over your mind and your body, a veritable haunting in the real sense of it as King came to know in his own life. (He writes all about it in On Writing.)

From my critical analysis training in literature, I can't come to a book without analysing it (my curse and my blessing ha).  And in horror narratives, the bigger and badder the baddies, the ghosts, goblins, demons, the more interesting their meanings. I can't look at a horror story without seeing behind its mask: what real life issue it's really getting at, making it more obvious and entertainig by dressing it up in supernatural robes.

No horror book scares me but I have to admit, dystopian literature gives me the heebie-jeebies! Those nightmare visions of the future that seem so real and very plausible - presenting as they do, a picture of humanity that is vile and cruel and beyond all redemption. Cormac McCarthy's The Road gave me nightmares for weeks after I'd read it, all that grimness and hopelessness. That's what I find really scary. Not monsters or ghosts or hauntings, but the evil and depravity humanity is capable of. 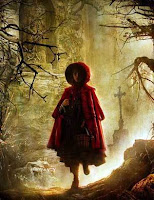 And there's another genre that gives me goosebumps: fairytales. Not the Disney soft and cuddly kind, but the real deal - the stories of Grimm and the likes. Have you read some of these 'real' fairytales? They are gruesome and grotesque, with extreme violence and overt sexual content. Bluebeard and his gruesome murders of all his wives - mutilated and hung in a closet to name but one. The German and Scandanavian myths of dark dwarves that live beneath the earth and drag children to the underworld for eternal slavery. The scary woodsman in Little Red Riding Hood besides other aspects (maybe the creepiest fairytale of them all).
Because these stories were at their core, warnings to children against the very real horrors of the world that were lurking around every corner: charming but devious suitors, animalistic serial killers, depraved misogynists, paedophiles - essentially, the villainy of human nature.  All with the implicit intention of hammering home issues of morality.  (A book to really frighten you is Angela Carter's deliberate perverse take on classical fairytales - The Bloody Chamber. Never again will you look at fairytales the same way...)

Horror novels - not that scary in my opinion. Or maybe I just haven't read the right ones. Any you would recommend?

For now though, I'll go back to Stoker and enjoy the gothic thrills of Transylvania. Or maybe Anne Rice, another master of gothic grandeur. Stick with the vamps. And leave the scares to the creepy-tuned  films.