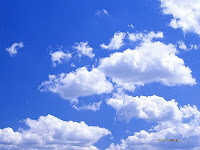 Where Do You Write? - Arvon Postcard Comp

This year's Arvon Postcard Competition asks that you fill a postcard with thoughts on where you write. A writing place, or space. It gives the examples of Roald Dahl, who wrote in a shed at the bottom of his garden, and poet Simon Armitage who admits he writes 'in his head'. Then of course there's the old cliché of writers whiling away the hours by candlelight in the attic or garret, stooped over a painstakingly-quilled manuscript.

So I got to thinking, where do I write? First answer that comes to mind is nowhere in particular. Anywhere. Everywhere. The advent of a laptop helps vary the places. Before I owned such a modern messiah machine, I too, somewhat like those writers  of old, was stooped over an old PC at a cramped desk, which caused chronic backache and occasional squinting at the monitor nearly a mile in front of me. It meant putting myself physically into this uncomfortable space before I could start to write. Soon got over that though with my acquisition of a portable scribe.  Now I could write anywhere.

But I never had a special particular place.  I wrote wherever, whenever the feeling struck me. As long as I was in front of my blue screen, it didn't matter where I was, it was more a matter of where my head was. More to do with finding a space between headspace and heartspace, where the twain would meet, but at the same time a blank space where things could spark and flare.

So in realising that, this is what I came up with: (my entry as a matter of fact!)

I write in a sky space in my head.
A pure blue space. Clear and translucent, with all cumulus clouds of confusion sieved away into insignificance. Cerulean, turquoise, lapis, aquamarine; all shades of imagination’s ink.
I navigate the spaces of my mind until I find that blue sky room. Down through the bare hallway of routine, past the parlour of contemplation, brushing my way through cobwebs of mind clutter and into this grand vista of space where the wind blows on my face and everything is illuminated with inspiration.
I write everywhere and anywhere here. While walking, watching TV, eating, travelling, sleeping. My blue gaze is serene as I write in fine spidery mind ink. Blank even. But then I’m following dictation that mists surroundings into blank pages. In the middle of ordinary everyday fare, words whirl and swirl in my head, so fine and fragile and quick, like flickering dragonflies. Even while talking to someone, the blue globes of my irises glaze over glassy and I am in that place again, where life is put on pause on a blue screen just long enough for me to describe it.
I cross the portal to this blue sky space, somewhere between reality and imagination, between head and heart, as ethereal as clouds, as real as light. There I stay, huddled and lit with anticipation in gas-flame blue surroundings, open and alert, waiting to greet the words as they arrive like long-awaited visitors. Waiting to accept them, write them into being, into meaning, with ribboned strokes of blue biro ink.